MIP ALUMNI COMES TOGETHER IN BUDAPEST

The MIP Alumni Association came together in Budapest at the weekend for their Annual General Assembly.

UEFA’s Stephane Erhart shared the exciting new UEFA for Players app with the group and a workshop on Communications was led by former BBC journalist, Leon Mann.

Away from the classroom the MIP Alumni took on a Hungarian Allstar and friends team featuring Zoltan Gera and Sergei Rebrov in front of hundreds of fans. 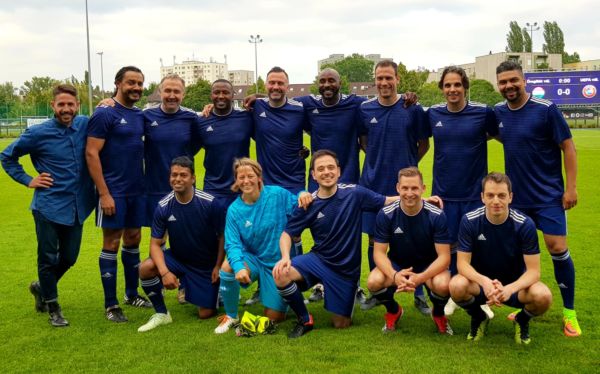 The group then attended the UEFA Women’s Champions League final together, where Lyon were triumphant over Barcelona.

MIP Alumni board member, Jason Roberts MBE, felt the group’s time together had been highly successful.

“It’s been a fantastic general assembly and we’ve achieved a lot in a relatively short amount of time. The MIP Alumni is a very new movement so we are very much still establishing our role and aims going forward.

“We want to highlight the incredible UEFA MIP course to other former players, ensure the alumni network grows and is able to play a role in making a positive impact on the game we all love.

“We would like to thank all the speakers, UEFA and the brilliant team at CDES for their support. We look forward to developing the MIP Alumni over the next 12 months.”